Setting up a communication strategy, writing copy, finding the right expressions in images, deciding on the place, time and exposure are all decided in the comfort of the office. It’s very similar to product development in the research lab – actually not very similar, it is the same setup.

With the same setup come the same consequences. You build a Mars lander, send it out to space, after surviving the long trip there – a feat in itself – the probe is deployed, and just before landing a huge dust storm crashes the probe into the surface. Game over. Defeated by a player you didn’t even consider being in the game.

If you look up the word ‘layout’ today in the dictionary, there is no more mention of the secondary meaning it had in the 1600s namely “to prepare for burial”. We’ve all seen unfortunate layouts of advertisements inappropriately placed next to news articles and inadvertently creating a secondary meaning. The unfortunate part is that it’s always this secondary meaning people tend to remember. It’s the great but often hidden influencer. The internet is filled with collections of them, most are hilarious, others just in bad taste. None of them represent what the placers of the ads were after.

It remains a mystery whether the ‘unfortunate’ placements are purposefully orchestrated by those in charge of the layout or whether it is unintentional nonchalance on their part or even bad AI algorithms when we’re talking about digital. It does not matter. What matters is the end result: the message gets hijacked.

On my way to work, I saw a similar juxtaposition. Immediately recognizable for parents with teenage children or for young adults everywhere. The interaction of motherly advice and the “Boring, couldn’t care less”-mindset of the teenager, which neither visual has on its own merit, but when placed together 1 + 1 becomes something completely different.

Not so long ago an article about heavy delays of trains between Stockholm and Gothenburg was accompanied by an ad promoting cheap train fares between these two cities. As it was an online ad, it’s hard to tell whether the ad was still placed there by someone, or whether an AI algorithm connected the ad with key terms in the article, unintentionally bringing an unexpected climax to the article. Further reinforcing and perpetuating the general, but wrong, belief that the responsibilities of SJ and Trafikverket are one and the same.

Context and placement doesn’t always need to have a negative effect. The influence can go either way. As in this example of a couple of years ago. Where Arla’s Bregott butter spread hung next to the Centerpartiet’s (centre party in SE) environment oriented campaign. Reading “free from antibiotics” “better environment” and “local farming” brought added value to the Arla campaign. Just as seeing an image of healthy cows in the meadows added to the picture-less message of the Centerpartiet. 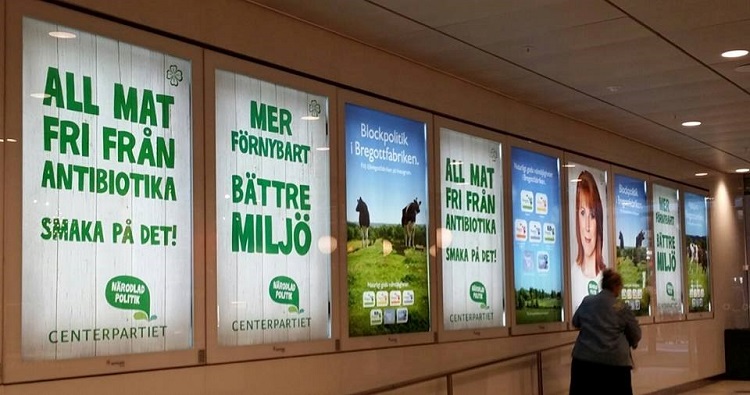 Bottom line, you cannot predict what will happen to your communication once you release it into the world. You can however try to account for unexpected chance encounters or even for how messages are likely to be hacked, when it’s about online ad placement you can ask about the algorithms and set key word preferences that are unlikely to open up to an unintentional AI hack, and you should always demand diligence from those in charge of your message layout. All of these points come down to taking the context outside of your message into account when developing your message. The context is very much part of the message itself. Or as Marshall McLuhan would say: “the medium is the message”.

If you want to chart the journey of your communication strategy from conception to delivery? Or if you have questions about how context influences your message? Feel free to contact us. 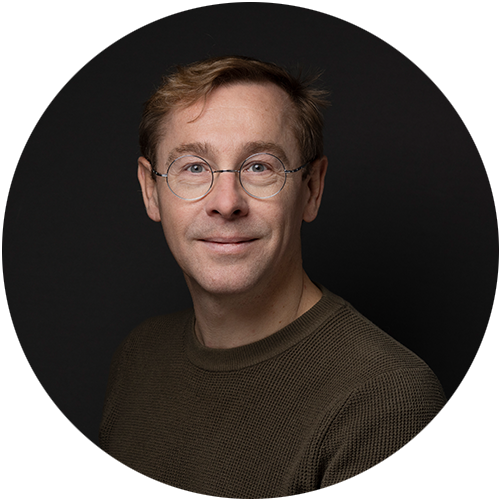